Our LED panels use the highest resolution, therefore making the virtual world seem exceptionally realistic. This LED Virtual production is also well suited for projects which do not entirely rely on virtual production, but may need certain scenes which they want to portray an impossible situation (or heighten a situation, such as an explosion, which goes off in real time, but is then further highlighted or increased in virtual production, using software like unreal engine). This is a vital part of creating a world which appears authentic, without the expensive costs of a real time production using a traditional filming process and set.

Our technicians can work with your team to hook the LED screens to a stage manager tool, which will allow you to move to scenes without complicated measures to involve multiple users having to alter each computer manually, thus making filming in a virtual production a much more efficient and pleasant experience.

Our team install the physical LED wall to your production measurement requirements. Our technical crew are able to maintain support throughout the product, should you request it. With years of experience and genuine enthusiasm and love for technology, our technicians and project managers are well-equipped with the know how to make your virtual production truly magnificent and believable.

The screens can be set up in any arrangement you prefer for your shoot. With the curved domed screen offering less of a green cast on subjects in the frame, this is however dependent on the camera angle.

Our LED equipment in the the virtual studio is suitable for a range of filming options or events, from Film production, TV shows to Product launches, Fashion shoots/shows and even Conferences. The beauty of LED Virtual Production is, you do not have to go the location or event, you bring the location or event to you and your audiences! 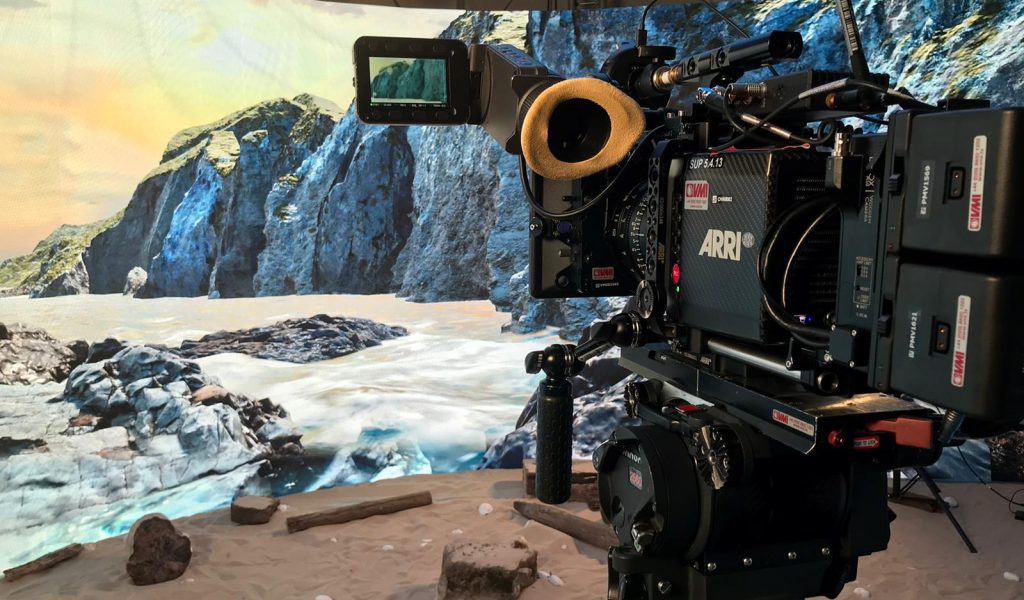 Want to work with us?
Get in Touch
Menu